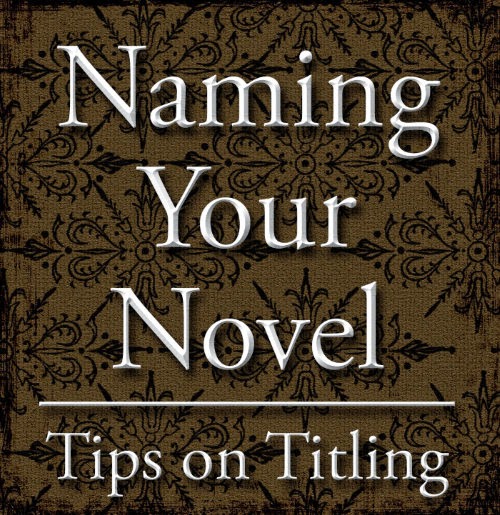 *This is also helpful for other types of fiction and possibly even non-fiction.*

Note: How careful you have to be naming your novel depends heavily on if you are planning to sell it, and how you are planning to sell it. If you are an unknown who is self-publishing and you want a lot of people to read and buy your novel, you need to do extensive research on the market. This article only covers a few tips, and I am in no way a publishing expert. But, even if you don't plan on going mass-commercial, that doesn't mean you shouldn't spend some time deciding on a name for your labor of love and I hope this article provides some useful ideas.

Consider important items--does your story revolve around a magical staff, sword or pendant? For example: "The Staff of Alema," "The Sapphire Sword," or "The Destiny Pendant." (I know these are cheesy but you get the idea).

Consider who your protagonist IS--is it an assassin, a magician, an apprentice, a cat-lady detective? Try working these descriptions into your novel title. For example: "The Assassin's Apprentice" or "The Cat Lady Detective." Even something as simple as your protagonist's name could make a great title. Of course, a name like “Jane Lay” is not going to be very exciting, but “Alice Apricot” or “Izzy Alexander” might be just the ticket.

Consider important concepts, themes, and metaphors--for example, a short story I am writing right now involves themes of meaning and depression and uses apple juice as a metaphor for meaning and happiness. A pivotal moment happens when my character sees sunlight through window blinds--a symbolic instance. I could draw from these things and title my novel, "Apple Juice" or ""Through the Blinds." You can also try drawing from a significant phrase or idea that a character relates.
Write a summary of your story. Keep re-writing it to get it as short as possible. For example, “a girl moves to Kansas City and falls in love” could be shortened to “Love in Kansas City” or even “Kansas Love.” You get the idea.

Don't settle on a name too soon. Remember, it's probably not a good idea to start naming your story when you’re still in the first act--unless of course you have a detailed outline and you know pretty much everything that's going to happen. If possible, the title should relate to the heart of the story, the primary concept and theme, and sometimes you don't know what your story is truly about until you've finished it.

Try using simple descriptive words. Somewhere in my travels on the internet I saw mention of a recent trend in the titles of animated films: "The Bow and the Bear'" became "Brave," "Rapunzel" became "Tangled," and "The Snow Queen" became "Frozen." What is the common thread here? The names were changed to adjectives. You might say, "But I like the former titles!" Nevertheless, I must say, most of the time Disney and Pixar know what they are doing. Adjectives like these are exciting. Especially action words like “Tangled.” They pop out at you. Admittedly, there are other reasons for the name changes (like Disney probably changed the title to appeal a bit more to a boy audience) but you cannot deny the effectiveness of the simple titles.

Keep titles short. This is important for many reasons. It makes the titles easier to remember, and makes them easier to fit on a book cover, which will be a big help in actually selling your book. As someone with graphic design experience, I cannot emphasize enough the glory of short titles.

Look for puns and double-meanings for a clever title and unique ideas. But remember, before someone reads the book, pretty much the only one who knows about the double meaning is you, so make sure it is a clever double meaning AND a good title.

Make sure your title doesn't give away any information about the story that you want to keep a secret. This might seem obvious, but say your story is about an albino kid who at some point discovers he is supposed to inherit the throne."The Lost Albino King" would be a stupid title, because it would probably be a major spoiler. Separating the two ideas would be better, such as "The Albino" or "The Lost King." (This is just an example, ignore the weirdness of the example.)

Make your title unique, but make sure it's not hard to spell or unpronounceable. If your reader has to go to the dictionary to understand or spell your title, it's probably the wrong title. This tip also relevant for made-up words. Fantasy writers who have a thing for Elvish and made-up languages need to be careful about this. For example, "Mellygroody" is a made-up word but isn't too difficult to spell of pronounce. But something like "Stveiachzoeliscksei" is nearly impossible to spell or pronounce. It's probably a good idea to keep made-up words out of your title, even if you use them in your story.

A title should be a good representation of the book. If your theme is courage, it would be good if the title indicated that. If your book is very humorous, it would be good to have an amusing title. A title can also be used to indicate genre. Take a survey of other titles in your genre and notice common attributes. If it is a romance novel, we should have some idea that it’s a romance novel from the title.  As cliché as it is, a title like “Christmas Bride” is likely to attract a romance novel readers, because they have a good idea of what to expect, and may inclined to give your book a closer look. If your novel is easily identifiable as being part of a specific genre, it can help it stand out and attract people who are looking for books in a genre they like.

Ask family and friends what they think of a title and if they have any suggestions. They may have insights as to the various associations your title brings up, and as they have a completely different frame of reference than you, they might have unique ideas you haven't thought of. Just remember though, their opinions often may not be correct. For example, if your aunt hates the title "Canada Cantata" it might not be because there is anything wrong with the title, but perhaps because your aunt had a bad experience vacationing in Canada or something like that (like, I don't know, maybe she nearly drowned in maple syrup and was trampled by a moose the last time she went there.)

Once you've got some good ideas, make sure you look them up on the internet. Chances are, not matter WHAT you choose, the title or a close variation will already be used for something, and that is OKAY as long as the title isn't used for something that is well known or could be confused with something well-known. While many titles aren't copyrighted, it's best to be as original as you can be. It's not a good idea to get too set on one particular title, so have some other ideas in mind. For example, if you get your heart set on "Rachel of Sunny Farm" you might have to change it when you discover that it sounds far too much like the famous "Rebecca of Sunnybrook Farm." On the other hand, the fact that "A Tale of Two Neighbors" sounds an awful lot like "A Tale of Two Cities" might be an amusing association that would make your title memorable and pique the interest of prospective readers.

Short but helpful: http://writerswrite.co.za/naming-your-book (a great website by the way)

One of the better title generators I've found: http://www.kitt.net/php/title.php (good for inspiration at the least)

This is a useful tip:

"I also find it is useful to look up your novel's title to see if it is already taken or there are a lot of similar titles; the more unique a title is, the easier it will be to find. The only other tip I can think of (which you pretty much already covered) is make sure it is a memorable title, something that will "stick". Using unique or less common (but easy to pronounce) words paired with simple words is one way to make a title stick in a reader's memory. A title like, I don't know, "The Cat and Malison" or "Little Magnolia", or "The Great Enigma" (those are weird examples)." -Stilwater-Rundeepo

This is a good question:

"This is very helpful. One other thing I thought of however. If your novel is one in a series, should the books have similar titles? Or titles that relate to the series name itself? As in for example, if you have a series titled Knights of Bloodtree, would a book with a name of one of these indicated knights be better than a book with the name with an adjective (like what you mentioned with Tangled and the like)? This is my biggest dilemma with my own series." -Rhavencroft

This is my response to the question:
I'm so glad you found it helpful! And, I actually have some thoughts on that....
I've seen books in series titled various ways. For example, all the Narnia books have completely different titles, but all under the main title: The Chronicles of Narnia. As I glance at my bookshelf, I notice I also have a trilogy titled Kidnapped where each book has a title with the same theme: The Abduction, The Search, and The Rescue. In the I, Q series by Roland Smith, each book is titled with the main location the book takes place in: Independence Hall, The White House, Kitty Hawk, and Alamo. Again, the titles are different, but hold the same theme. Another example is using the same word, as in the DragonKeeper Chronicles where the books are titled, Dragonspell, Dragonquest, Dragonknight, Dragonfire, and Dragonlight. Similar to this titling method is Nancy Yi Fan’s novel Swordbird and its sequel Sword Quest.
With your example of Knights of Bloodtree naming each book with the name of the primary knight of the story would be an excellent idea, because it is a logical titling method that gives you a good idea of what the book will be about (assuming you’ve been introduced to the knights in some way in the previous books). So the books could be titled like, Knights of Bloodtree: Sir Ivan, Knights of Bloodtree: Sir Gregory, etc. Or with a different approach they could be titled: Knights of Bloodtree: The Sword of Destiny, Knights of Bloodtree: The Sheild of Sorrows, Knights of Bloodtree: The Helmet of My Forefathers, etc. Those aren’t great examples, but you see how they have a similar theme.
So in all honestly, I don't think there is no ONE right way of doing it. Though I would personally recommend sticking to a similar theme/titling style for all of the books in a series to make it cohesive.
Labels: Writing Writing Advice 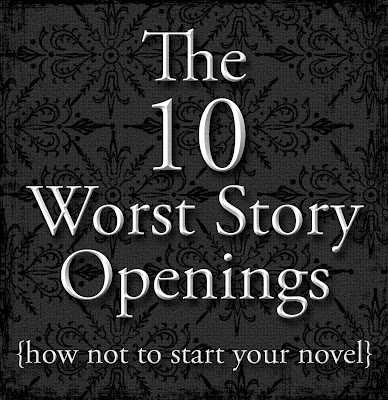 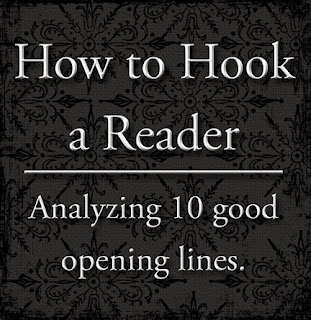